Marion, IA- April 29, 2014- The students of Starry Elementary School in Marion, Iowa are celebrating the addition of an Automated External Defibrillator (AED) device to their school. This addition was made possible from a donation made by the children of Jean Ross, a former nurse and friend of the Marion Independent School District. 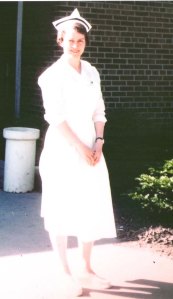 Ross attended the event with her husband, George, and children, Patricia (Karl) Knutson, Nancy (Donald) Christensen, and David (Cheryl) Ross. Not able to attend the celebration was another son, Lachlan (Mary) Ross from North Carolina. The AED funding was provided by the family of Ross to celebrate Ross’s dedication and commitment to children. Starry Elementary has placed a special plaque to honor Ross next to the AED storage cabinet. Ross provided a simple yet appropriate statement during the event, “School is about the kids and it is great the Ross family can do something to help these kids [at Starry Elementary].”

AED devices are a critical component in increasing survival rates among sudden cardiac arrest (SCA) victims. SCA is the leading killer in the United States and does not discriminate based on age. An estimated 5,000-7,000 students under the age of 21 die as a result of SCA every year in the United States. Most of these students never had prior symptoms and were unaware of any heart-related medical condition that may have resulted in SCA. SCA annually claims over 300,000 lives alone in the United States; more people every year are killed by SCA than by cancer and strokes combined. The key to fighting SCA is defibrillation (use of an AED) within a very short period of time from the onset of SCA. The statistics show that for every minute that passes there is a 10% decreased chance of survival. AEDs allow for defibrillation during the initial minutes after 9-1-1 EMS has been called, those critical early minutes make all the difference between life and death during SCA events.

Nancy Alderdyce, Head Nurse for Marion Independent School District has been extremely proactive in preparing the schools for SCA emergencies. Each building in the Marion school district is now equipped with an AED device due to the hard work and diligence of Alderdyce, and several other key people. In addition, staff training for the AED devices are handling lifesaving events remains a focal point for Nancy and the school district. These devices are especially important in the Marion Independent School District because they have certain at-risk students that may have more need for an AED due to diagnosed heart conditions. Usually students that die from SCA have not been pre-diagnosed and suddenly collapse and die. The AED also helps to offset the risk of death from a student not being diagnosed in the past with any heart condition.

The Heartsine AED was sourced from a well-established industry integrator and wholesaler, Think Safe. Think Safe has been providing life saving equipment and training for over 10 years, all over the world, and is headquartered in the Cedar Rapids metro area. Think Safe Inc. is an innovator in the first aid industry and holds various proprietary patents as a manufacturer of First Voice first aid hardware and software products. 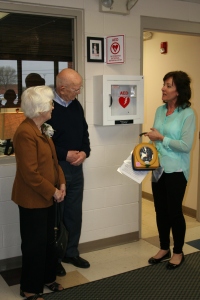 Think Safe has seen the value of implementing AEDs and the lives that can be saved by them. New lifesaving stories can be regularly viewed on their website or Think Safe Blog. Think Safe is dedicated to the fight against SCA and gladly offers AED grants or contributing donations to help offset the costs of lifesaving devices. “Every school, like Starry Elementary, should have or should make plans on how to purchase an AED. It is a rewarding experience when a survivor gets to tell their story and pay-it-forward and is certainly a better outcome than being one of the 300,000 victims. The family of Jean Ross should feel really good about what they have contributed to this school in honor of their mother; this gift will keep giving for decades into the future,” states Think Safe President, Paula Wickham. 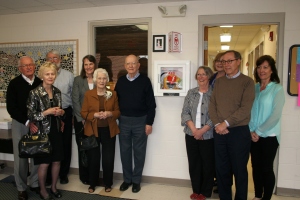 Jean Ross, her family, and members of Marion School District staff posing with their new AED

This entry was posted on Thursday, May 1st, 2014 at 1:59 PM and is filed under AED Grants, Automated External Defibrillator (AED) News, First Aid & Safety News, Press Releases, Safety, Think Safe, Think Safe Experiences & Stories, Think Safe Stories, Uncategorized. You can follow any responses to this entry through the RSS 2.0 feed. You can leave a response, or trackback from your own site.

This site uses Akismet to reduce spam. Learn how your comment data is processed.